“A promising start for the French asparagus campaign”

For the PDO Asperges de France, the very first harvest of white asparagus took place in the Landes (South-West) in mid-February. “They are of good quality with a promising size”, reports Astrid Étèvenaux, manager of the PDO. Its 7 members represent 30% of the French production. The regions of production are located in the South-West (80%), the Loire Valley (15%), and the South-East (5%).

In the South-East, the season starts on March 15. Asparagus from the Loire Valley could be ready by early April, just before Easter. “Thanks to the favorable weather conditions, the buttings in this area were done 10 to 15 days earlier than last year,” explains Astrid.

Asperges de France covers a production area of 1,200 hectares. “The surfaces are slightly lower than last year. This should be quickly rectified given the 2022 planting forecasts of our members. Our estimated tonnage is 6,000 tons. This is 4% higher than the volume realized in 2021, but 2% lower than the 2021 forecast. Last year, there was a major cold snap in April/May that slowed down growth. The asparagus plantations were not able to reach their full production potential. Asparagus remains a very weather-dependent product.” 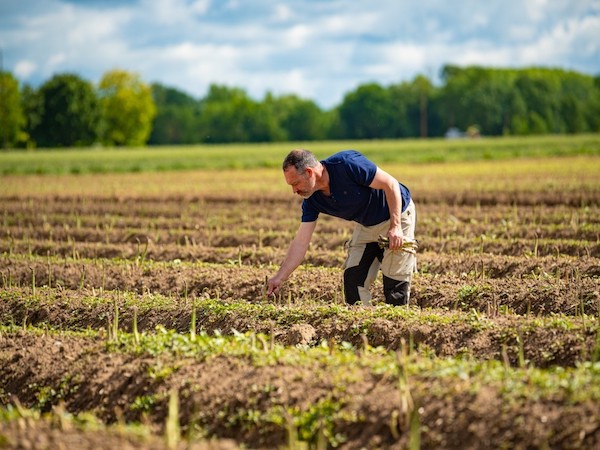 Organic asparagus
8% of the production of the PDO Asperges de France is planned to be organic, which requires much more labor than conventional production. “Weed control poses challenges, especially in the first year of production, when the asparagus is still low and therefore in direct competition with weeds. Diseases and insects, such as the famous locust beetle, are also a challenge.”

The promotion of organic asparagus in stores poses a concern for this campaign. “With a general drop in demand for fruits and vegetables, the demand for organic products is dropping, and many are sold at conventional prices. However, asparagus is a very unique product that is only consumed by 30% of the population. Its consumers are eagerly awaiting it. We will see how this translates into demand.” 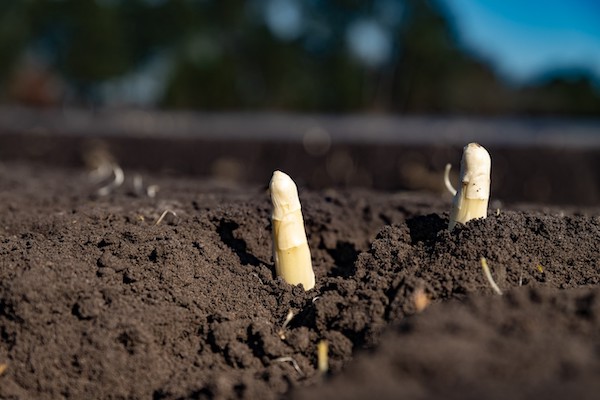 Bringing asparagus to the masses
Asperges de France aims to popularize asparagus among consumers. “To this end, we will work with 10 micro-influencers who will promote the product to their community through recipes. We are also producing seven 30-second video capsules about the production, the land, and our producers. Finally, we plan to release a book on asparagus that will be both educational and gourmet.”

In its communication, Asperges de France also targets professionals. “We are working to promote asparagus, which can be eaten from March to June, not just for Easter. We also encourage them to give priority to the national offer.

Wednesday the asparagus will be exhibited at the International Agricultural Show, on the Interfel stand.

Asperges de France is launching its new logo for this campaign.