“Good asparagus demand since the beginning of the campaign”

The asparagus harvest started around mid-February in the Landes department, two weeks later than last year. “It is a more classic year in terms of timing,” explains Astrid Etèvenaux of PDO Asparagus of France. The national production is estimated at 20,000 tons. With a volume of more than 6,000 tons this year, Asparagus of France represents 30% of the French production.

Astrid explains that there has been a good dynamic on the market since the beginning of the campaign. “Our clients have been waiting for the asparagus with enthusiasm. They are in the same spirit as they were at the end of the previous season, wanting to promote the French asparagus after the setbacks of the beginning of the 2020 campaign amidst the sanitary crisis. The demand is high and consumers are very enthusiastic about the product.” Astrid adds that the quality of the asparagus is very good this year, with large calibers early in the season.

Restaurants are still closed but pleased with the asparagus supply. “Many chefs are offering take-out dishes. So there is some restaurant activity thanks to a great organization and despite the more limited volumes than usual.” 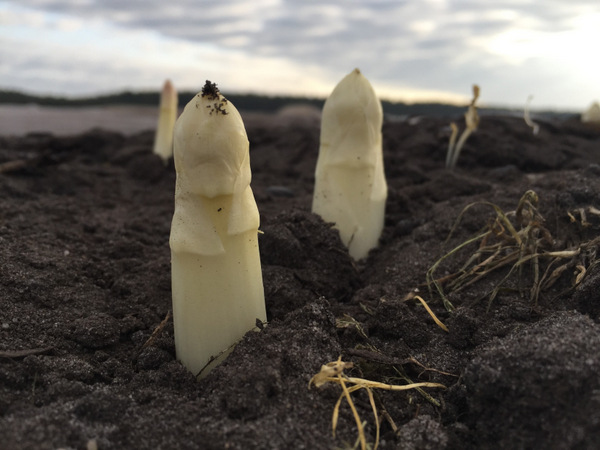 Three production basins
The PDO Asparagus of France has seven members, which is equivalent to 150 producers working on a surface of 1,300 hectares. The white and purple asparagus represent 95% of the production. The producers are spread over 3 production basins: the Southwest (81%), the Loire Valley (13%) and the Southeast (6%). The seasons in the different basins follow one another. All together, they make for an asparagus offer from March until June. 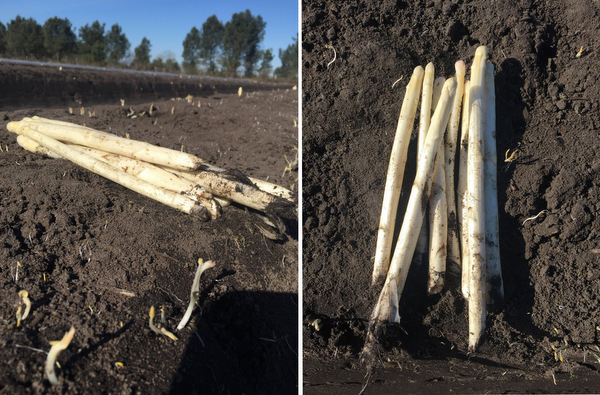 Democratization of the asparagus
According to Astrid, the asparagus needs more promotion than other products because it is still seen as a niche product. Therefore, the PDO has developed a communication plan to help make the asparagus more accessible. It has also made the commitment to acquaint the consumer with more preparation methods.

“We have developed a few creations for retailers, such as posters promoting the national production and also showing a recipe idea. Additionally, we have set up a recipe challenge among internet users. The participants are asked to suggest products that combine well with the asparagus. Each week, a chef comes up with a recipe with the chosen ingredients.” PDO Asparagus of France also gives producers and consumers a voice through animated videos, which are then shared on its social networks.