An asparagus grower has developed a dried asparagus product to combat food waste. “The frightening figure is that, over a year, we will dump approximately 30 tonnes of asparagus classified as “waste” or non-sellable asparagus which is not complying with the retail product specification,” says Grahame Osler, sales and marketing manager of Denmar Estates which grows asparagus under the Denbi brand in the eastern Free State, one of few asparagus growers in South Africa.

“We have run multiple trials through the Cape Peninsula University of Technology and we can dry asparagus into a fine powder very successfully. The powder can be stored for up to 12 months and has a very good flavour profile and nutritional analysis, so the value of the product, from a nutritional point of view, is still very good.”

Dried asparagus powder could be an ingredient in smoothies or a flavourant in soups, although Grahame notes that there could well be more applications of which they haven’t thought. 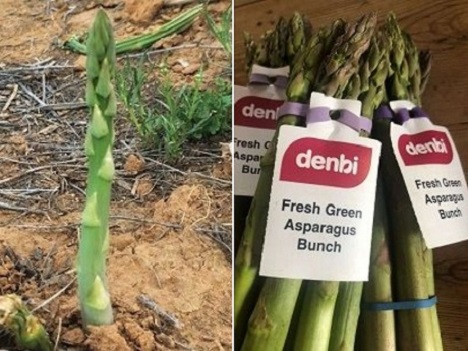 Restricted air freight causes shortages on imported asparagus
“Currently, we have come off the October peak production in harvesting and recovering from the November drop in production and we’re now building towards the Christmas trading period. In order to supply the retail demand over the festive period we have planned to import some asparagus to subsidise the low local production over a few weeks in the November/December production trough.”

During the initial hard lockdown, they saw a lower demand. There was also much lower supply this pas winter because imports were restricted. “Erratic supply does effect demand. Import prices also skyrocketed with airfreight costs increasing abnormally, which has affected retail price and demand.” 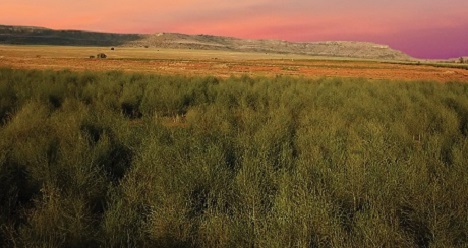 An asparagus field in the eastern Free State

“From a production point of view, we are patiently waiting for the next local production flush to come through, in order to supply more local asparagus before Christmas.”

He remarks that they had planned on importing white asparagus for the South African demand but there would appear to be lower white asparagus production from their partner growers in Central and South America.

The restrictions on airfare have thrown up some challenges with imported consignments not being able to land, he says, causing a shortage of supply for the retail demand.

Denmar Estates have not themselves exported any asparagus this season.

He says it has been a good asparagus growing season. “All our farms, which includes our partner growers at VKB emerging farmer co-operatives, have performed well. We saw a slightly later start to the season by about a week but warmer spring temperatures saw the peak also come through slightly earlier as well, towards the end of September and the first week in October. It’s generally been a good season, with good rainfall, good sunshine and not as much strong winds. We can see that we are currently experiencing a late season La Niña rainfall pattern with far higher rainfall, which is slowing down production against expected harvest yields.”