“It is all about quality work pushed to the extreme”

Sylvain Erhardt has been cultivating 11 hectares of green asparagus for twelve years, a tailor-made production that focuses on excellence. Not so long ago, all of his asparagus were sold to starred chefs throughout France and around the world. “In order to work with such exceptional clients, I have selected varieties of green asparagus that give very large calibers,” explains the producer.

Before they can be served in the greatest French restaurants, each asparagus of Domaine de Roques-Hautes receives very special attention. “There is really important manual work. We place the asparagus one by one in the boxes, with great care, so that they are perfectly aligned and do not bend during transport. For us, it is not about the yield, but about quality work pushed to the extreme.” 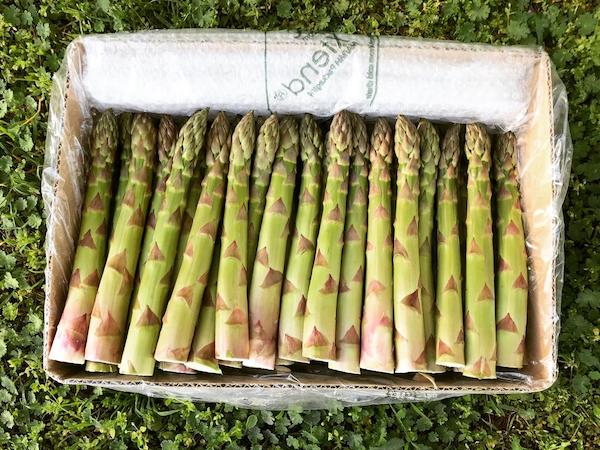 Direct marketing that requires a lot of work upstream
The marketing of the asparagus is also tailor-made, just like its production. Sylvain decided to sell directly, without intermediaries, in order to have total control over the quality of his asparagus, until it reaches our plates. “We sell in small quantities. Some restaurants only take 5 kg per week, and the biggest customers can take up to 40kg. I work with many establishments that all work very differently. This means that I must know my clients perfectly, as well as the seasons, and I must be able to adapt to the various problems along the way. This year for example, many struggle to find staff and are forced to give more time off, which was not the case before the Covid crisis. We must communicate well and it requires a lot of work upstream.”

Sylvain sells his asparagus under three different premium categories, including the Extra, “an asparagus with a perfect appearance, as straight as can be, closed, measuring between 25 and 26 cm. It has very little white at the base, although I do leave about 1 cm so the asparagus holds well. The white part is much more dense than the green part and acts like a cork, preventing the asparagus from getting dehydrated and soft.” 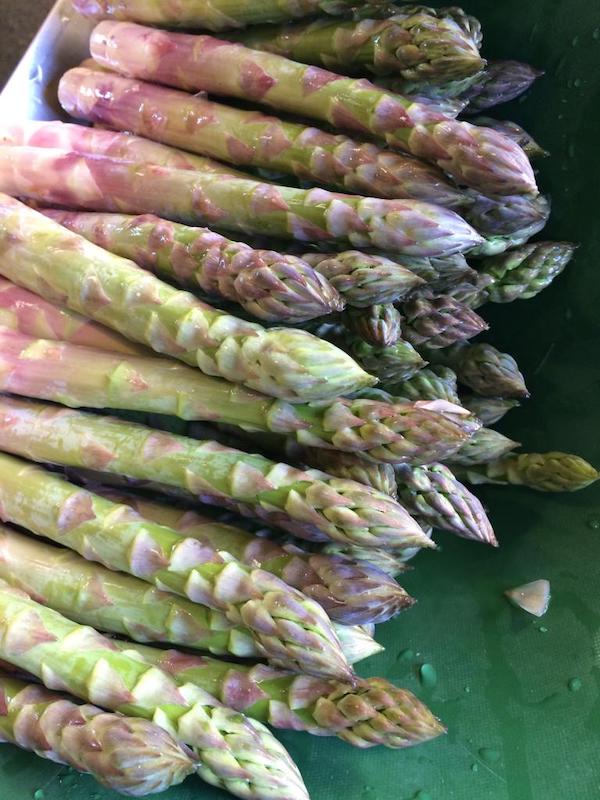 A more heterogeneous clientele
Before the crisis, Sylvain’s clientele was made exclusively of starred chefs. But with the lockdown in 2020, the producer lost all of his clients. Since then, he has been selling his asparagus through other distribution channels as well.

“On the 14th of March 2020, I lost 100% of my clients. Over the past two years, I have had to readjust and find other ways. In the coming years, I have plans to diversify my portfolio of clients, while reserving the Extra category for starred restaurants and working directly with premium wholesalers at Rungis for the smaller sizes. We deliver on Tuesdays, and my asparagus are served on Thursdays in Singapore, Dubai, or even Hong Kong. It is essential to preserve the reputation of the brand. That is why I select professionals with whom I really want to work, always directly. I am the one who says what quantity of asparagus I will be able to supply each week. This allows me to control the selling price so my production is always valued as it should be, as independently as possible of market fluctuations. Because when the markets are at their lowest, dealing with pallets without a price is not helpful at all.” 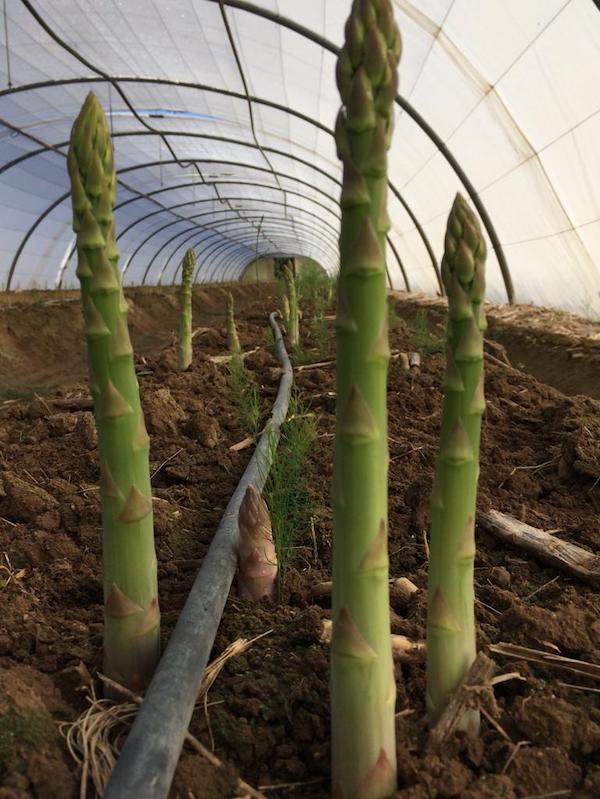 Some delay in production
As is the case everywhere in France, the harvest of Sylvain Erhardt is also delayed. “Out of our 11 hectares, 3 are in open fields and 2 hectares are grown under plastic tunnels.

Our production starts around the 20th of February and ends in late May/early June. In order to guarantee excellent quality, the harvest takes place daily, sometimes twice per day. Last year, we were early. But this year, we are experiencing some delay due to the cold temperatures, which means that when the temperatures will rise again, we will have a very clustered production.