The French asparagus sector comes together to face the crisis

This 2022 campaign ended sadly for the French asparagus sector. However, this was not due to an excess in production since the volumes were 20% lower than last year. The asparagus, especially in the middle and late in the season, simply did not sell well, despite their good quality. This situation has put the entire sector in crisis, resulting in a sudden stop in production one to two weeks early and tons of products destroyed.

In the face of this alarming situation, Christian Befve, internationally renowned asparagus expert and director of Befve&Co, decided to bring together all the actors of the sector on July 1st in Bordeaux in order to analyze the situation and find solutions together to come out of this crisis.

“I have had this idea for several years already. But after this year’s campaign, it was an absolute necessity. Next year’s campaign simply cannot be like the one that just ended. We must all come together: independent producers, cooperatives, producers’ associations, marketers and wholesalers from every production basin and for all asparagus (green, white, purple, conventional, HEV, organic and biodynamic). We must analyze the problem and adopt a common vision in order to get the sector out of this crisis situation. Because it is a national problem which does not concern only the production.” 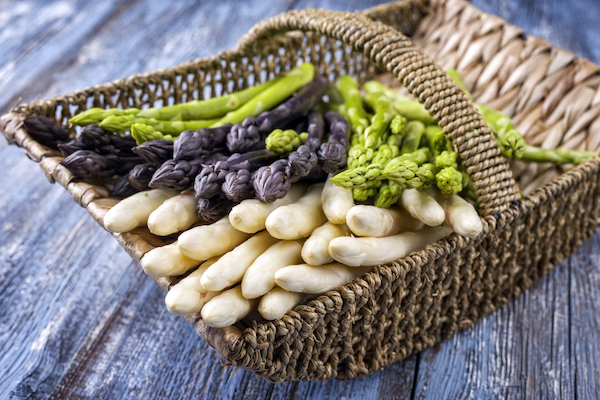 An anticipated meeting
This meeting was very well received by all actors of the sector. “Some producers did not think twice about making the roundtrip from the Alsace or Lorraine region to attend the meeting. Approximately 60 people were present and I could feel a real positive energy at the meeting. I was pleasantly surprised to see that the meeting did not start in a tense atmosphere but everyone came with a constructive mindset. This really shows that we are all willing to work together for a better campaign next year.”

Analysis of the situation
There is a certain lack of consumption currently affecting the entire fruit and vegetable sector, but other factors can explain the disappointing asparagus campaign. “Each year, the French campaign goes through a delicate period when the Belgian, German and Dutch origins arrive on the market. And this year, this period was particularly long and complicated, lasting one month instead of one week. Additionally, prices were notably low despite the good quality of the asparagus. The asparagus were sold at 1.40 € [1.41 USD] on the Rungis market instead of the usual 2€  [2.01 USD] for the imported products and the usual 4.5€ [4.52 USD] for the French asparagus.”

The second point of discussion during this meeting was the lack of organization of the sector, and the failure to anticipate communication. “We have observed that no one takes care of communication when the first asparagus arrive, although three weeks are necessary for the stores to organize the marketing of the product. We really need to anticipate and amplify the communication, with both supermarkets and consumers.”

Creation of an observatory to forecast the European volumes
The first step was to bring the French sector together. Christian Befve now wants to make communication smoother between the different actors at the European level. Hence the creation of an observatory to forecast the European volumes. “The idea was a hit with everyone. It is exactly what we are missing at the moment in order to anticipate the problems we may face during the campaign. The purpose of this observatory would be to inform, every Monday, about the percentages of productivity of each country for the next 4 weeks. For example, 100% when the productivity reaches 300kg/ha/day and 30% when it is around 100kg/ha/day. The data would be supplied by producers representative of their production area in France, Italy, Spain, Germany, the Netherlands, England and Greece. If this tool had been available for this campaign, we could have anticipated the crisis, without having to stop production and destroy tons of products.”

Christian Befve has already contacted all the observers and wants to set up this observatory for the next season. He is therefore looking for partners to develop the tool, and financial partners for later.

Increasing communication with mass retailers
In order to increase communication with retailers and the general public, Christian Befve has also thought of developing a bulletin to inform about the specificities of production in each country. “Information such as harvest dates, or the cost of labor, which varies from 13 euros/hour [13.05 USD/hour] in France to 12 euros/hour [12.04 USD/hour] in Germany and 7 euros/hour [7.03 USD/hour] in Spain, or about the sanitary measures, the number of kilometers needed to transport the asparagus (to determine the amount of CO2 released into the atmosphere), or even the number of phytosanitary products authorized in each country. In France, for example, 20 products can be used, compared to 22 in Italy, 25 in Spain, 35 in Germany and 38 in the US. Having more access to this information could help better understand the price gap between the different origins.”

The beginning of something?
This meeting was not just a first step, but a real “ray of hope” for a better cohesion of the French sector. “The repercussions are positive. Following this meeting, some companies have already taken steps to face the crisis. I was even contacted to organize the same event, but this time on a European scale at the Asparagus Fair in Karlsruhe, Germany, on November 23rd and 24th of this year. This shows that there is a real need for organization within the sector.”