Hans Kuffer Ltd: Start of the season at the Munich wholesale market

“The Greek asparagus season could be extended considerably over the years”

Today, Monday, the first Greek asparagus of this year’s season arrives at the Munich wholesale market hall from the renowned cultivation area of Pella. The first noble vegetable from the second major growing area in Greece, called Kavala, is waiting a little longer due to the weather. “The cold and wet weather has made work in the asparagus field much more difficult, which is why there will be a delay,” says  Theo Hatzivassiliadis, specialized importer and managing director of Hans Kuffer Ltd, based at the Munich wholesale market.

At the moment, these are the first manageable batches from Greek cultivation, Hatzivassiliadis emphasizes when asked. “How the market will develop in terms of price is difficult to assess at the moment. This will only become clear in a few weeks, as soon as there are market-relevant quantities and we know to what extent demand from the catering trade will pick up again,” says the product specialist, who supplies food retailers and wholesalers nationwide. 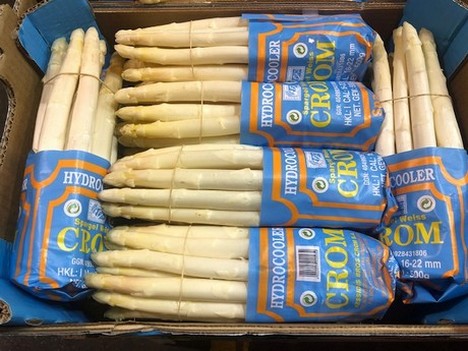 Within two days of the harvest, the Greek vegetables arrive in Munich, from where they are delivered to the customer the same day.

Optimum price-performance ratio
Furthermore, Hatzivassiliadis is quite confident about the upcoming campaign. “Italy is already present on the market with the first batches and is expanding its market share every year, but I still don’t see any threat to Greek asparagus because, unlike Greece, a substantial part of Italian yields is marketed on the domestic market. Greek producers are still mainly dedicated to exports, although consumers there are now also slowly getting to know the noble vegetable.”

Due to the predominantly mild winter, an early start to the season in the domestic, German asparagus fields cannot be ruled out either, Hatzivassiliadis knows. “This is rather advantageous for us, especially since Greek asparagus has an optimal price-performance ratio and is up to 20 percent inferior to German asparagus in sales, depending on quality and caliber. Especially in March and April, consumption of Greek produce has increased noticeably in recent years, which in turn is due to the improved quality of the asparagus.” 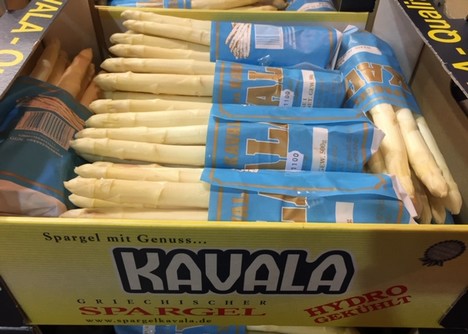 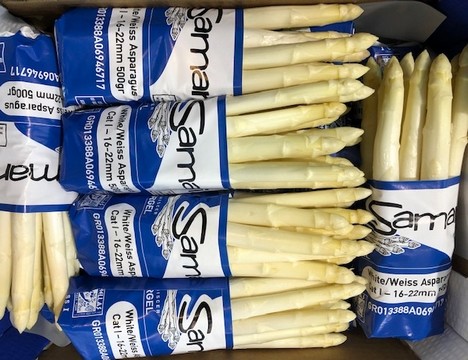 Although Greek asparagus is mainly traded as a competitive item, quotations also tended to increase. “Especially in the Kavala region, many growers have replaced their asparagus plants with kiwi cultivation because they have recognized the latter’s sales opportunities in the export market. Accordingly, the export volume of asparagus has been reduced with a slight increase in demand, which in turn has had a positive effect on the price level,” the major supplier concludes.