Easter is a key period for the asparagus campaign.

Bertrand Guivarch, sales director for vegetables at Priméale France, gives an update on the current season. “We harvested our first asparagus at the beginning of March, with insignificant volumes in week 10. Wholesalers, Cash&Carry and some discount stores immediately got involved by promoting the French origin. Mass retailers, however, were a little slower to get involved. We experienced a peak of production two weeks before Easter, which enabled us to launch our products on the market. But the frost in week 14 led to a 50% drop in production compared to the original harvest predictions. Luckily, the warmer temperatures from last week have intensified the production, which has enabled us to satisfy the demand from our clients.” 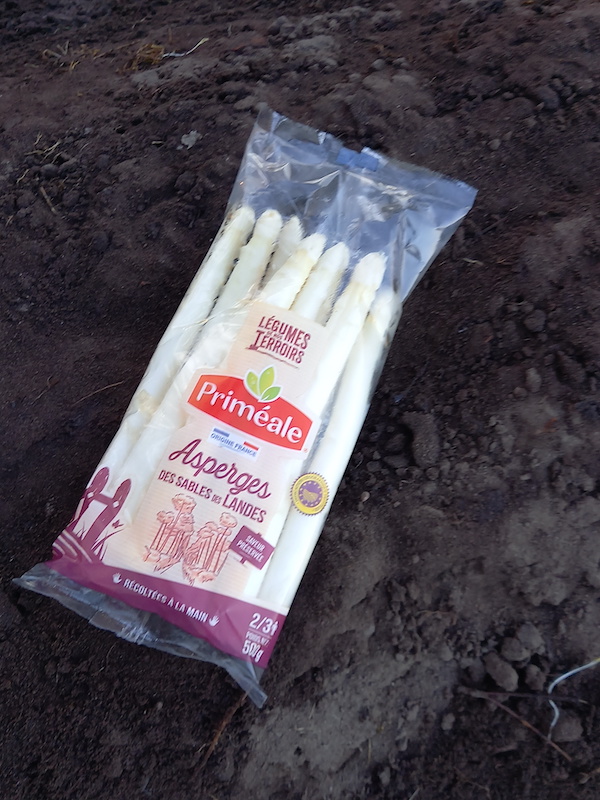 Supply lower than demand
Easter week was very good in terms of marketing. “Overall, the producers were satisfied with the prices during that week. We were indeed able to find a balance with all our clients, even in this context where supply was lower than the demand, especially due to the frost in week 14. We started the week of Easter with no merchandise for any of our references. If the temperatures had not increased before the weekend, we would have struggled to supply our clients for the week of Easter.”

Production slowed down once again
The timing was just right, as the temperatures have dropped again this week in southwestern France. “It feels like winter again. The mounds are cold and the production has been divided by 2. But we have only completed 60% of our campaign, with 2,000 tons left to put on the market.”

17 to 18% increase in production costs
Priméale is hoping to produce 5,000 tons of asparagus in total this year, including 56 tons of green asparagus and 345 tons of organic asparagus. All the volumes are currently sold in France. “Last year, we exported a small amount to Germany early in the season. But this year, the competition with the asparagus from Greece is particularly strong, because they have redirected their volumes originally intended for Russia and Ukraine towards the German market.”

Like the rest of the sector, the company has to face the increase in production costs, estimated at 17 to 18%, but selling prices have not been affected yet.

Priméale relies on its dedicated strength in field sales to support the introduction of the asparagus to French retail department heads.

The company is also committed to obtaining the Red Label, which should be achieved for the next season.