Sixteen years ago, Frédéric Poupard and his wife Laura Poupard embarked on the organic adventure. Today, they grow only organic asparagus, white on 40 hectares and green on 30 hectares. Their harvest takes place from early March until the end of June.

This year’s campaign is quite spread out and going well so far. “We had a few scares with the high temperatures when many asparagus suddenly came out, which weakened the market. But the cold days that followed slowed down the production, and with the demand increasing before Easter, the market has been good again for the past few days. Regarding the frost, we have been hit of course, but the damage is never too severe for asparagus crops. Just like last year, we have lost no more than 2 or 3 tons.” 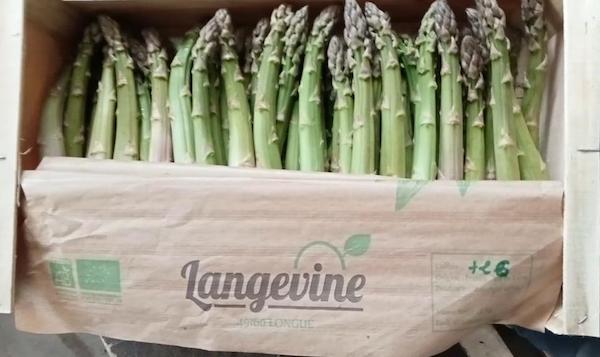 A very extensive organic model with low density per hectare
The company now represents the largest independent production of organic asparagus in France, but it took a few years for the asparagus growers to be able to reap the benefits of their converted production.

“We turned to organic farming because we wanted to make a change. After meeting with other producers, we decided to go in this direction. The first years were difficult because at first, we could not really benefit from our organic asparagus. It is in 2013 that the situation improved. An organic production requires a long-term approach, without focusing on yields and with the ability to anticipate. For plant protection, for example, we make sure to avoid diseases and pest invasions by leaving more space between the rows and making the asparagus face the wind. We have to anticipate the problem before it is too late. That is why we chose a very extensive organic model with low density per hectare. Of course, the choice of variety also has an impact. But what is also interesting is that, over time, the plant learns to protect itself and becomes stronger.”

The organic market is hesitant
Frédéric and Laura sell their asparagus under the brand Langeline, via specialized networks, on markets, as well as to restaurants and wholesalers. The market was still very good some years ago, but there are some difficulties today, even for the asparagus. “Many producers and large cooperatives have converted, which has weakened the market. We did not feel it last year because of the sanitary crisis, but we can really feel it this year. The market is hesitant but I am certain it will eventually become more stable.” 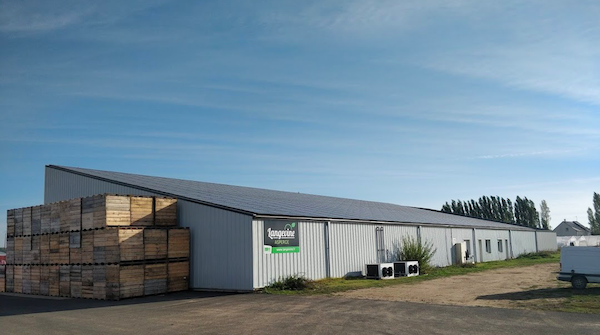 Biodynamics, to go even further
The same desire to undertake and explore new horizons has pushed the couple to introduce biodynamics in their asparagus production. “We communicate very little about it and we do not yet market our production under the Demeter label. We wanted to test this new cultivation process mostly for fun and out of curiosity, but also as a challenge and to push our commitment even further. One of our employees is passionate about biodynamics and eventually convinced us to embark on the adventure. It also shields us from the controversies of mixed productions because with biodynamics, it is simply impossible to keep a conventional activity. The company is able to innovate without the risks that follow, so we’re giving it a try.”

Laura and Frédéric are modest about this enlightening experience. “Biodynamics is above all a question of philosophy. The relationship with the land is very interesting. This has allowed us to meet passionate and inspiring people who believe and are very invested in what they do. Meeting these people has been a very stimulating experience. We like to feel proud of our work. It is not about doing better than others, but turning to biodynamics makes us happy; we simply feel good about trying it. We have our doubts, but we feel good following this virtuous approach.”