France: “65% of the Alsatian asparagus are sold directly”

The cold weather in Alsace has delayed the local asparagus production. Nevertheless, the campaign is going quite well, according to Philippe Sigrist of the Association for the Promotion of Alsatian Asparagus (APAA). “There is a good balance between the offer and the demand, prices are stable and the quality is also good. If the temperatures go up, there will be a greater influx on the market, and it will be more difficult to sell all the volumes.”

Local market
The market of the Alsatian asparagus has its particularities. 65% of the volumes are sold directly. Last year, the local consumers, faced with the lockdown during the asparagus season, came together to save the campaign. “They all rushed to the producers, making long lines, to get asparagus. This year, the mobilization is not as strong. A big difference with last year is that food stores are open.” 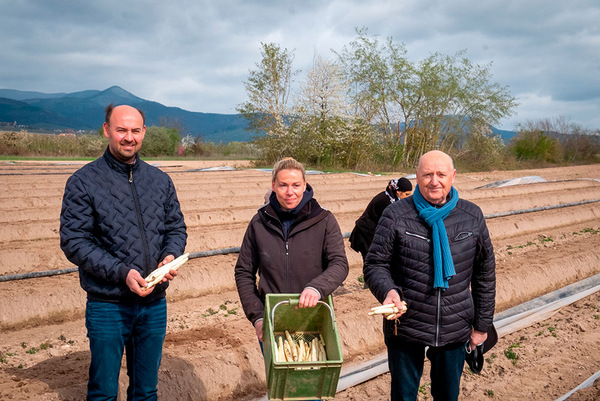 Lœssic terroir
2021 marks the 30th anniversary of the creation of APAA. “The Alsatian asparagus distinguishes itself from the asparagus of the Landes or Loire Valley (sandy soils) thanks to the essentially lœssic land that gives it a particularly mild flavor. Our asparagus are acclaimed for their purity. On all the controls carried out over the past 6 years among the members of the association, no pesticide residue has ever been found,” explains Jean-Charles Jost, president of APAA, which represents 75% of the volumes of white asparagus produced in the Alsace region. 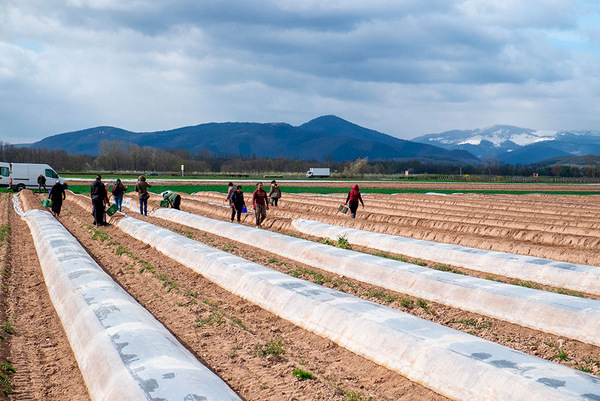 A plot on the Clarisse farm, at the foot of the snowy Vosges mountains

APAA gathers 45 individual producers and the Alsace Fruit and Vegetable cooperative of Hoerdt, with about 10 producers from the Bas-Rhin. Together, they cover the entire territory of Alsace (35 in the Bas-Rhin and 10 in the Haut-Rhin). Annually, the number of seasonal employees on the APAA farms is estimated to be between 500 and 700. The asparagus sector generates a revenue of approximately 8 million euros [9.73 million USD] for an annual production of 1,500 tons. 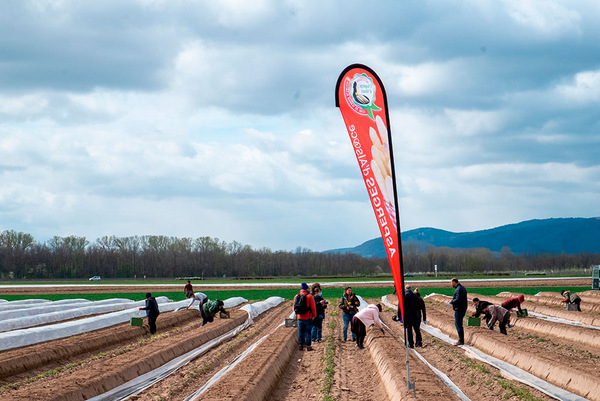