“You can make the range accessible to everyone”

“The market is particularly enthusiastic, and the hospitality industry is participating again this year,” is how Will Teeuwen, managing director of Teboza – a Dutch company that supplies asparagus and asparagus plants worldwide – summarized the asparagus market at the end of March. “Even though asparagus is a luxury product, people indulge in it, even in tougher times.” 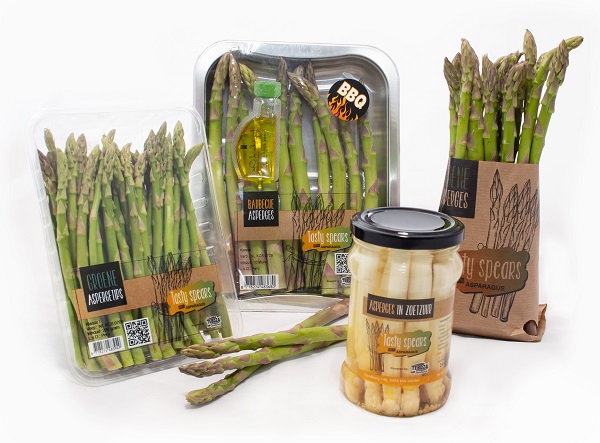 Will is optimistic about how the season will progress. He points out that the asparagus acreage across Europe has shrunk considerably in recent years, so supply is not expected to exceed demand. The decline in the German acreage in particular – Will reckons by about 25% – is making itself felt on the European market. That is also why, up to now, prices have been able to compensate for higher costs, he says. “We have no choice; we have to pass on those costs.”

“Energy, packaging, labour, transportation; those costs are all rising – but it’s still a matter of supply and demand. If there’s less supply than the demand, sales are easy. But vice versa, and it becomes more challenging.” Incidentally, Teboza’s asparagus plant sales in Germany indicate that the area shrinkage in that country is not yet at its end. Will attributes that to personnel costs, in particular, which are rising even more sharply in Germany than in the Netherlands. 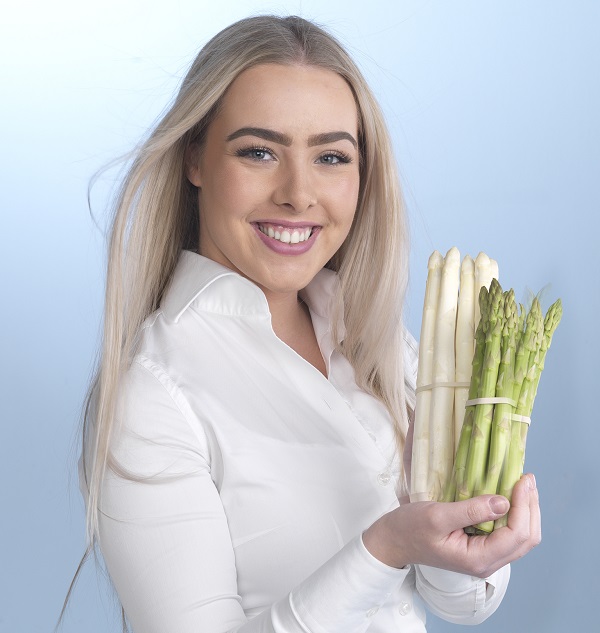 Labour
At Teboza, the asparagus season got underway with greenhouse asparagus in early January. In early March, asparagus from heated beds were added, and since mid-March, outdoor asparagus from mini tunnels, too, have been on the market. Based on the weather forecast, these were all a good week earlier, but Teboza expected that. Still, the cold nights in March caused a slight setback. “There were large day/night temperature changes, which inhibited growth, which we’d expected to begin sooner. That lower production means the plots have less volume. But you still have to work the length of them, which, in turn, increases labour costs.” 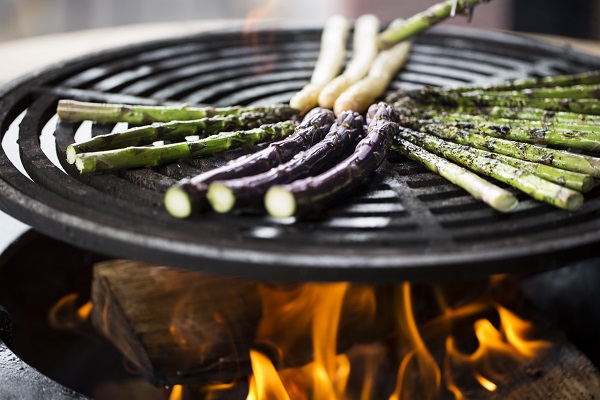 Labour indeed presents a challenge in the industry, Will notes. Though the large companies still manage to arrange their workforce, it is no longer a given that the smaller farms can hire enough staff when needed most. That tight labour market is why Teboza will start testing a second harvest robot this year. Will expects to be able to use these robots on a larger scale within five years. While he has confidence in this technology, Will does not see it totally replacing workers. “We think it will always be a combination of hands and machines because you don’t want to depend entirely on technology.” Labour costs are high, but Teboza is not using harvesting robots primarily to reduce those. “Our sums don’t necessarily show decreased cost prices,” he says.

More erratic
Labour is not the asparagus sector’s only headache. The weather, says Will, is becoming increasingly erratic and difficult to predict, complicating cultivation. And the world has been in an unstable state in recent years due to COVID-19 and geopolitical tensions. That, too, puts demands on doing business. “Your company must be competitive enough to deal with and respond to these things.” Also, quality and certification requirements are getting higher and higher. “The EU is slowly forcing us to cultivate increasingly sustainably.”

“This is something we fully support, but which doesn’t make things any easier.” That is why Teboza wants to scale up its organic white asparagus cultivation – currently about ten percent of its acreage – even if that brings challenges. But this company does not consider challenges a negative because problems often offer their own solutions. “Farming is always challenging. Things like the weather are factors you can’t control. Not a bad thing; if it were too easy, everyone would grow asparagus, and nobody would make any money,” explains Will. 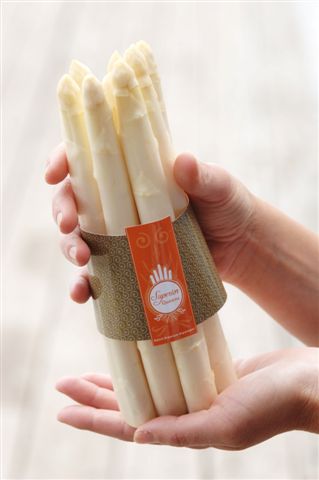 Confident in the future
More specifically, Will thinks these challenges offer opportunities. “You mustn’t avoid them. People will always need to eat, so opportunities are plentiful. We have great confidence in the future of asparagus. It’s a valued seasonal product and will remain so.” There is, for instance, structural growth in green and peeled asparagus consumption, and Will expects that increase to continue. He adds that producers, buyers, and consumers still view asparagus fairly traditionally, while the vegetable offers many more possibilities. He and his clients – particularly those in retail and foodservice – are, thus, looking to expanding the use of asparagus.

“You can use white, green, peeled, soup, stir fry, or barbecue asparagus, to make the range accessible to everyone. That’s something that needs a bit more work.” Therefore, along with white asparagus, Teboza also grows green and purple varieties. The latter is a niche product in which Will’s buyers are noticeably increasingly interested. “We’re sure this addition to the range is going to grow.” Although overall, asparagus acreage is shrinking, Teboza is expanding, and, for Will, sustainability is an important aspect of this. “We’ve grown sustainably, which also ensures a sustainable, not too big and not too small, supply for our customers,” he concludes.