Why not pick ‘green’ for a change? While white asparagus is still very popular among Germans, interest in the brightly colored version is also growing. Green asparagus has a more intense flavor due to them coloring in the sun. That’s why more and more health-conscious people are expanding their asparagus enjoyment to include the sturdier relative. 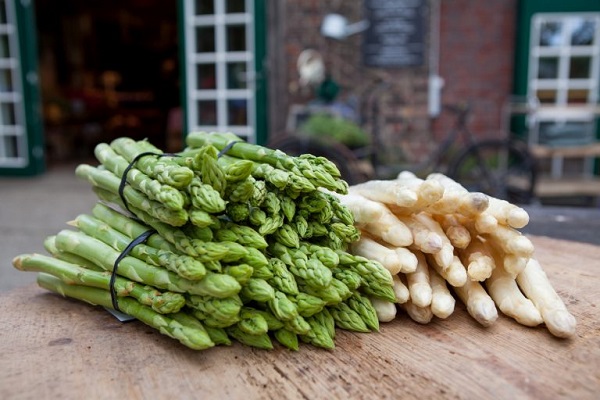 Pale asparagus is a German specialty
Germans are known for their fervent love of white asparagus, once brought to the country by the Romans, it is said. The royal vegetable has become part of German food culture, originating regionally, cultivated over the years and passed on within families. In none of our neighboring countries is so much fuss made about the seasonal vegetable. The Germans cultivate the pleasure and celebrate asparagus as a beloved messenger of spring. However, it is no longer true that Germans only eat the pale shoots that have to be pricked underground to produce the white color. As in France, Italy and the USA, Germans are increasingly acquiring a taste for the green variety. 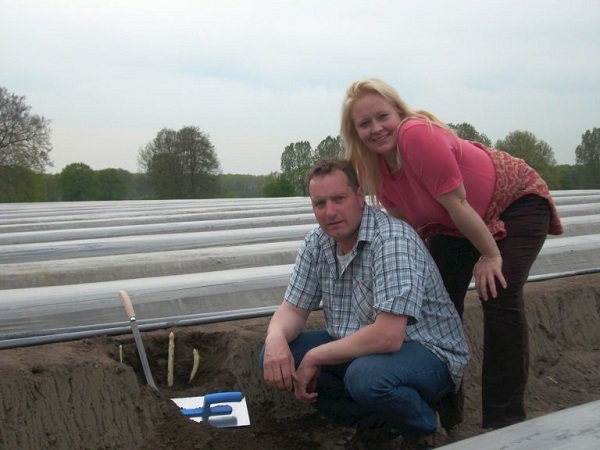 Green asparagus is becoming increasingly popular
On his fields in Datteln, Mathias Brauckmann-Berger grows both the white and green varieties. As a direct marketer, he has noticed an increased demand for green asparagus in recent years. “People are not buying it instead of white asparagus, however, but in addition to it,” the grower has observed. In the beginning, he says, it was mainly young people who asked for it, but now many older people have also acquired a taste for it. The plants themselves do not differ, only the way they are harvested. “We in the Ruhr area say the pale asparagus grows underground and the green asparagus grows above ground.”

The end is always on June 24
The green shoots of the asparagus plants are harvested when they peek 20 to 25 centimeters out of the ground. Here, yields vary significantly more than with white asparagus. The reason: if the asparagus is grown fully underground, the soil temperature and thus the growth rate can be influenced by black and white films. With green asparagus, growers are more directly dependent on the weather. “If the sun is absent, yields also decline,” Brauckmann-Berger explains.

Green asparagus does not extend the season. Even for the stalks harvested above ground, the season will end on June 24. Then the recovery phase begins. The green cabbage sprouts and the plants gather nutrients. When the above-ground part begins to die in September or October, these nutrients are stored in the roots for budding in the coming spring. Therefore, if you want to extend your asparagus enjoyment, you should take advantage of the short season to access green asparagus from German soil.